Sports Concussion Incidents Are Often In Cycling: Here’s Why.

Compared to high contact sports, the incidence of sports concussion incidents in cycling is fairly low. Still, up to 13% of athletes who participate in cycling experience a head injury at some point.

Sadly, cycling sports concussion incidents are often ignored by athletes and coaches. Failing to properly manage a sports concussion can have lifelong consequences, including long-standing memory and cognition issues, mood changes, and more.

Despite wearing a helmet, cycling head injuries can be severe. Cyclists reach speeds up to 100 kilometers per hour when riding downhill. A head impact at this speed can have devastating consequences, even if the rider doesn’t show obvious signs of injury.

Many cycling fans are aware of the case of Tom Skujins, a Latvian cyclist who endured a head trauma during 2017’s Tour of California. The 25-year-old showed clear signs of a concussion and struggled to walk normally after standing up from his crash. Despite a broken collarbone, he still got back on his bike, partially in thanks to a staff member who helped him continue.

While Skujins’ team later pulled him out of the race, they admitted that the cyclist should never have been permitted to return following his crash. Tom Southam, director of Cannondale-Drapac, stated, “Toms instinctively continued riding but it was clear that he couldn’t go on. It’s a blow for the team and for his own ambitions but that was a serious fall, and racing can take a back seat while he heals.”

Cycling fans are also familiar with the case of Romain Bardet, a 2020 Tour de France cyclist who was permitted to continue in the race after a head injury, despite obvious signs that he sustained a sports concussion. Later, the cyclist was diagnosed with a brain haemorrhage.

Head Injuries in Cycling Vs. Other Sports

In sports including rugby, football, cricket, and American football, head injuries are taken more seriously than in cycling. Many organizations are changing rules to protect the neurological health of athletes.

Changes in the rules of professional sports to protect athletes can help to raise awareness of traumatic brain injury. It’s important that both athletes and trainers are aware of the long-lasting effects of concussions. Research shows that many competitive cyclists would continue riding knowing that they had a concussion. Many athletes even state that they would mask their symptoms so they would be permitted to continue in a race.

Currently, cyclists are praised for returning to races after a crash, even when they show clear signs of neurological injury. It’s important that fans and coaches alike praise cyclists for making the choice to end a race following a potential sports concussion. A change in attitude regarding the neurological safety of cyclists would benefit both current and future athletes.

Different types of options in London

Preserving Famous Letters: A Look at the Windows to the Past

Understand how to Do Breast Massage 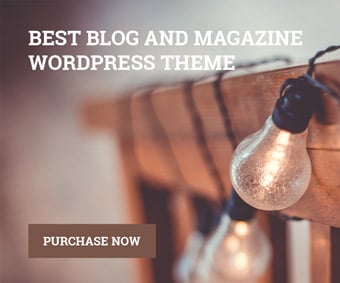